A long time ago, in a galaxy, far far away...
Star Wars: Interregnum
Total War has broken out throughout the Galaxy. Emperor Palpatine, leader of the Galactic Empire, has been killed after the extra galactic Triple Alliance of the Trader Emergency Coalition (TEC), the Ascended Advent and the Vasari Independent Republic (VIR) destroyed the unfinished Death Star above the forest moon of Endor. Darth Vader, de facto heir to the Empire, has struggled to repel the new invaders, and his lack of diplomatic skills has encouraged treacherous and opportunistic Imperial officials to break away and fragment the Empire. No longer able to devote most of the Imperial fleet to hunting the Rebels, a string of revolts against Imperial rule from Mon Calamari to Bothawui has allowed the Rebellion's Political leadership to create a formal New Republic. Fearing eventual retaliation by the Empire however, these newly independent worlds began developing their own institutions and military, while the existing Rebels launch ever bolder guerillas attacks against Imperial targets. Seeing a chance to work against the mutual Enemy, Princess Leia convinced the Triple Alliance and the New Republic to sign an agreement vowing to work together to destroy the Empire in exchange for allowing the members of the Triple Alliance to settle in the galaxy under their own governments within a new Galactic Republic.
The Empire was saved however, by a second wave of extragalactic factions. One group, calling itself the Human Trader State (HTS), invaded the territory of the Chiss Ascendency in the unknown regions. Fearing extermination by these radical humans, the Chiss petitioned Lord Vader for aid. In return for becoming an Imperial protectorate, Vader sent a expeditionary force under Grand Admiral Thrawn and his lieutenant Gilad Pellaeon to meet these new invaders. On seeing human forces joining the Chiss, the HTS halted the battle, and Thrawn was able to talk them into joining an Alliance with the humanocentric Empire to help it repel the HTS' familiar old enemies.
At the same time, the original order of telepathic, now formally organized as the Orthodox Unity, cut around the edges of the unknown regions to emerge near the corporate sector. Claiming it was fighting on behalf of the Empire, the Advent attacked the forces of the rogue Warlord Zsinj. Occupying most of his fiefdom and some minor New Republic territories, the Advent formed a mutual defense pact with the powerful and independent minded peoples in the area, including the Hapans, Wookies and most importantly the Mandalorians. Effectively acting as a buffer state between the Empire and New Republic in the galactic North, the Advent sent emissaries of the unity to convert the native populations of the Galaxy, taking advantage of the fact that all major factions are too busy to want to challenge it. Fighting continues however with the remained of Zsinj's Forces and the much better organized Pentastar Alignment under Grand Moff Ardus Kaine, throwing even this relatively isolated corner of the Galaxy into total war.
Meanwhile, the Vasari Central Command went the other way around the galaxy, emerging in the Galactic west on the edge of New Republic space. This prompted the nearby Huts, fearful of being incorporated into the growing Triple Alliance, New Republic or Advent, to offer them several planets to settle on in exchange for protection from other forces. The Vasari's ambitions were not that small however, and the Huts found themselves dealing with a race even more cunning and ruthless than themselves. Enslaved from orbit by fear of the fully mobile Vasari battlefleets, capable of consuming entire planets, the Vasari occupied Hut Space and expanded it in all direction, beating back the Advent and almost cutting the New Republic in two before stopping. While a total information blackout has resulted by the Vasari severing the Holonet, astronomers have confirmed strange gravitational anomalies from Hut space, as if entire planets had disappeared.
It is now 4 years after the Battle of Endor, and every corner of the Galaxy is locked in warfare and stalemate. Still retaining control of the core worlds and the shipyards of Fondor, Kuat and Bilbringi, as well as the Capital Coruscant, the Empire under Darth Vader has managed to rebuild and stop the invading Triple Alliance and Rebels at the Inner Rim, while their HTS allies have opened up a second front in the Outer Rim. The New Republic remains focused on building its institutions until it can decisively intervene to turn the tide of the war, however, its failed invasions of the last Imperial positions in the Mid Rim reveal it will be some time before it is ready. The Advent continue their campaign against the Rogue Imperials to buy time for their missionaries to convert the natives of the Galaxy to the Unity. And no one doubts the Vasari are planning something sinister from their outpost in Hut Space. As these 10 factions battle among themselves, it will take a Commander and Strategist of unrivaled skill to bring an end to the Great Interregnum...

Superior Gameplay: As a successor mod to the Enhanced 4X Mod, Interregnum will support all the gameplay enhancements found in that mod, including... 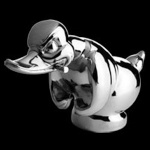 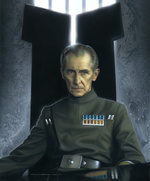